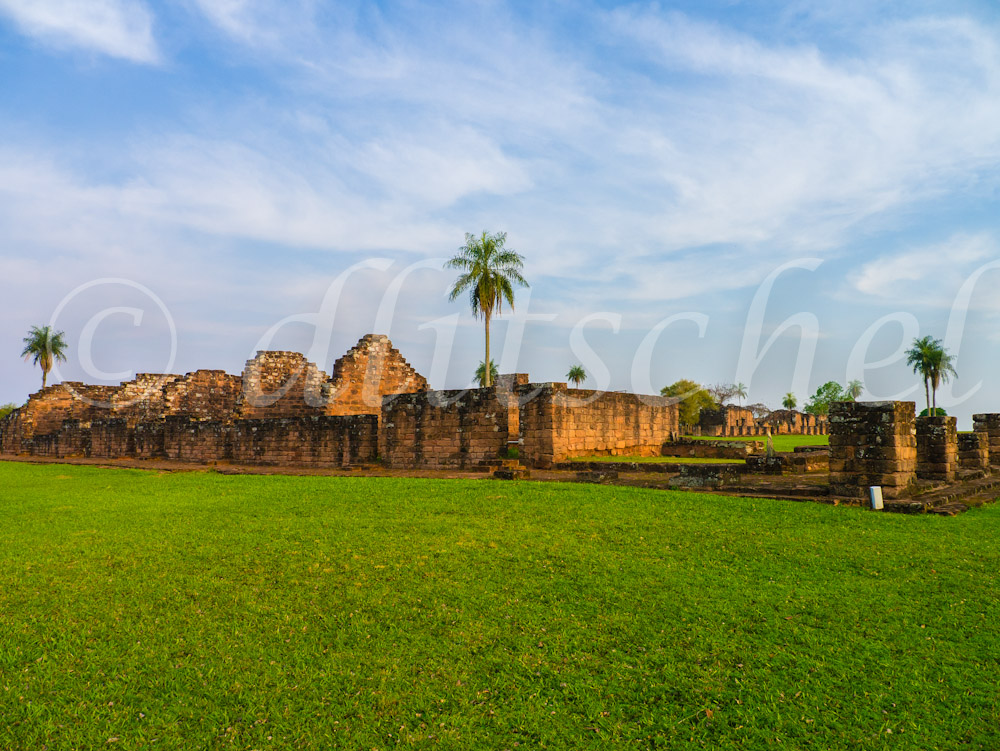 
The Jesuit reduction (mission) ruins at Trinidad, Paraguay are some of the best examples of the stonework that went into these large scale projects from the 18th century. The Jesuits were forced out of the country by the Spanish in 1768 and the reductions were abandoned at that time.