Travel, lifestyle, people images from around the world by David Litschel photographer: Pearsonville, CA, hubcap capital of the world. 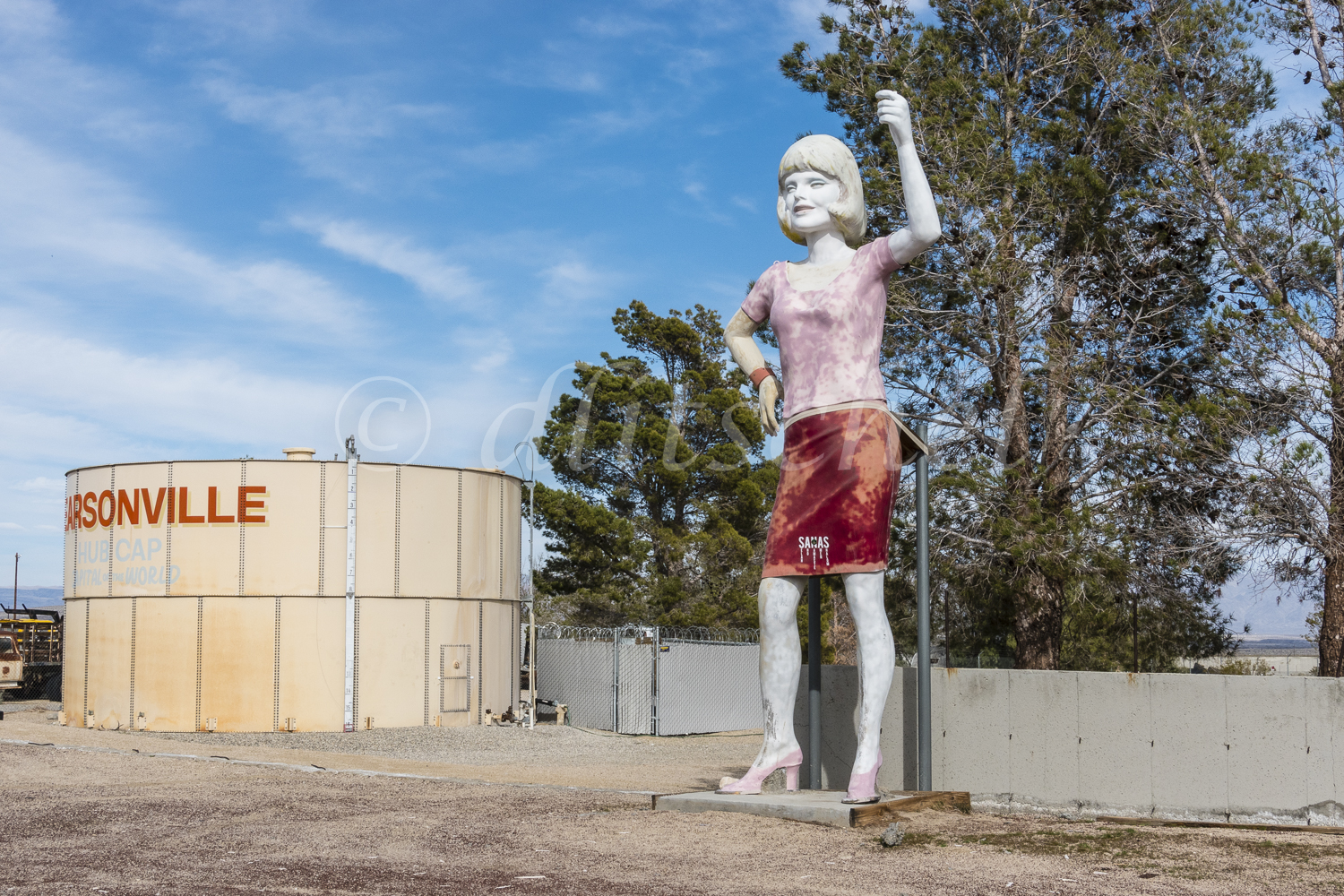 
The roadside attraction of Pearsonville, a modern-day ghost town that was known as the "Hubcap Capital of the World" that has this proclaimed on a huge water tank and has a very tall folk art sculpture of "The Uniroyal Girl" beside it. Pearsonville is a census-designated place (CDP) in Inyo County, California, United States. The population was 17 at the 2010 census, down from 27 at the 2000 census. Pearsonville has been dubbed the "Hubcap Capital of the World" because of resident Lucy Pearson's collection of hubcaps, which are rumored to number over 80,000.